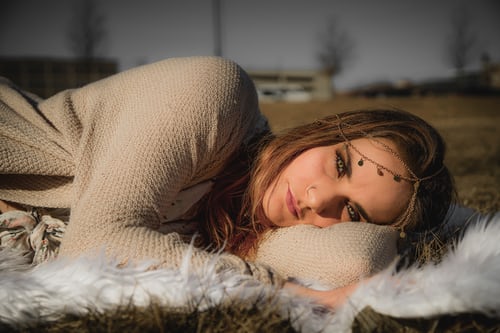 Many women experience symptoms of incipient menopause that they mistakenly associate with anything other than menopause itself. Are you also in doubt about when menopause starts? Then you are not alone. By being a little alert, you can capture some of the signals that your body is trying to send. Typically, in your 40s, you will be in the phase called perimenopause. Perimenopause is the years leading up to your last period. Here, most women experience that menstruation begins to become irregular. You may also experience spotting every now and then. Some women notice that menstruation becomes heavier in intensity, while others notice that it has become weaker. Also, the days when menstruation extends can vary in length. From a short to a long period. Symptoms of incipient menopause thus start already 5-10 years before the last menstrual period. It is difficult to say anything exactly about how you as a woman will experience the prelude to menopause. It is incredibly complex, and varies from woman to woman. One third of women experience no symptoms of menopause at all, and menstruation may cease abruptly from one day to the next. About a third experience a number of genes that are livable. And a third have such severe symptoms that it affects their quality of life.