Former Danish Minister: I am most definitely in “menopause” 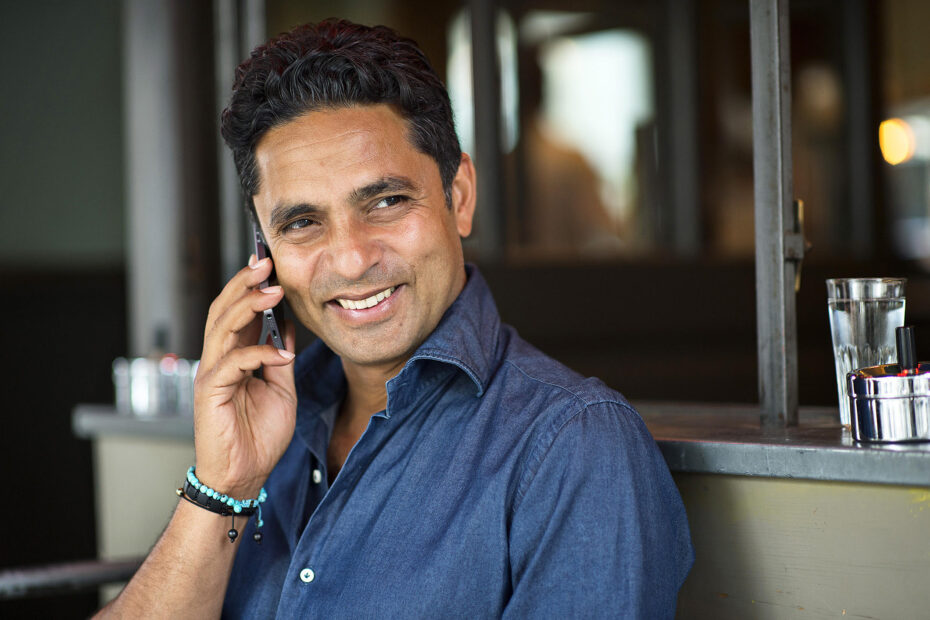 He will soon turn 54 years old. Manu Sareen, a Danish former Minister for Gender Equality, has become more aware of the changes that come with life as he enters a new phase. Although he knows that menopause is generally a taboo among women and men, he is not shy about saying:

“Yes, I’m menopausal. Or at least in a transition in my life.”

He has noticed that age-related changes pops up as a topic of conversation amongst male and female friends.

The male friends primarily discuss that the potency is not what is used to be. The female friends on the other hand report that the man at home has become “grumpy”. More on that later.

He himself has begun to feel changes in his knees and back.

He readily admits that he had no idea about what menopause was all about. Partly because it is a taboo and partly because he believes that there is a shortage of literature. In his work as a coach, he meets men who, like himself, are surprised by the changes that andropause brings along.

“We know very little about it. What does it mean that testosterone levels drop. Many men also have no idea that they can actually do something about it. No one has ever told men that doing squat or pelvic exercises are good for the potency. Try to tell a man to do squeezing exercises, then I can promise you that all traffic will stop, because that’s what women do in our universe,” says Manu Sareen, who is studying to become a sexologist.

At the same time, he thinks it is “strange” that men also have no idea what their menopausal women are going through. He points at topics such as hormonal changes, decrease in the sex drive and vaginal dryness and everything else that some women suffer from both mentally and physically.

“It’s pretty crazy how much worry it causes for some women. And this is something you as a man should know that your woman is going through, so you can get a better understanding. Because if y stay in the belief that everything is as it usually is, and the woman feels otherwise, then it is suddenly a problem. There is an explanation for everything, and I have at least learned in my life that the more you talk about things, the easier it becomes to handle.”

Manu Sareen believes that men’s menopause is more a mental thing eventhough physical changes also occur. It can be the whole idea of ​​having to get used to stepping into the last phase of life for better or worse that can be a challenge. Especially because he believes that men have a tendency to keep their problems to themselves.

“Men struggle with potency problems and physical stuff without doing anything about it. We have more knowledge on what is under the bonnet of our car than when it comes to our own body. A man can tell you exactly how many cylinders his car has. But he can not tell you about what is happening in his own body. That’s for sure. And then I think it’s a mental challenge to constantly stay up to date on what’s going on in one’s body. We avoid the subject because it is not so psychologically nice to deal with, ”he reflects.

He says that hormonal imbalance can affect the brain. And that men may not even notice that they hav become grumpy. But there is no doubt that women are noticing it. Manu Sareen reveals that several women report that the man at home gets in a significantly worse mood when he is around 50 years old.

“I think it may be because men are becoming aware of their own death. They may feel that theu haven’t realized themselves. Andropause is being re-framed to something negative, to a panic age, and I know that annoys many men. They feel the need for a life change. They have reached a point in their lives where they have an opportunity or desire to do something else,” he explains.

Manu Sareen hopes that more men and women will talk openly about the changes that are happening during menopause, andropause and just about the fact of getting older. He believes that the change is around the corner:

Mens version of menopause is andropause