Rushed to hospital and put in a brain scan, it was “just” menopause 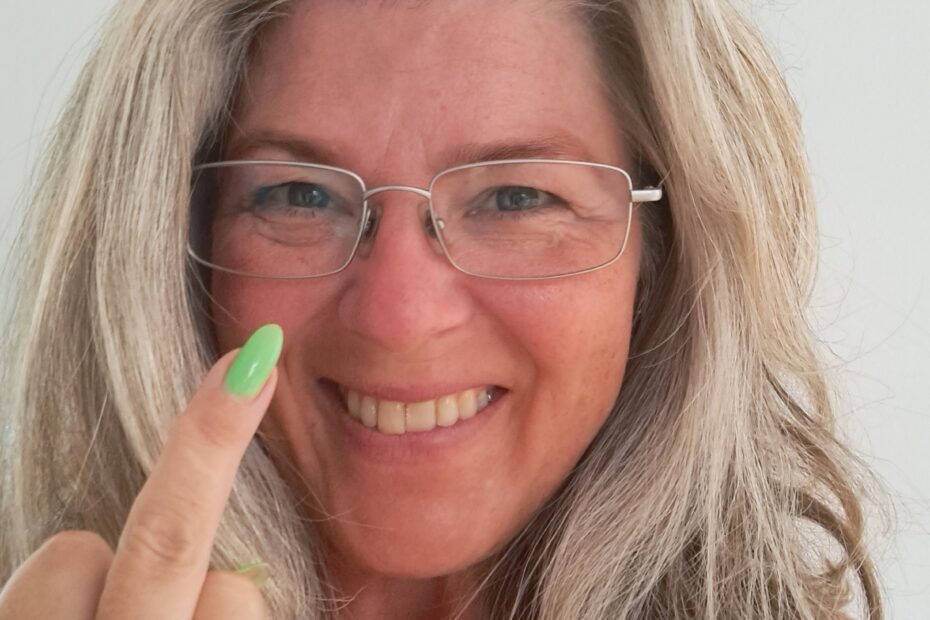 Not in her wildest imagination did she associate heart palpitations, brain fog and shortness of breath with symptoms of menopause. But her relief turned to anger

49-year-old Björg Magnúsdóttir is a businesswoman and has built a career in innovation and business development over many years.

2022 has been a rough year that she won’t forget any time soon. Two hospitalizations. A missing diagnosis. And an ailing health, where she has been a shadow of herself, has had consequences for her career, which has been put on hiatus for almost half a year.

It all started in January 2022 with a nasty feeling of heart palpitations and chest pain.

“I was sitting at home with my husband, and we decided to call Medical Helpline, who sent an ambulance. I came to the hospital, had a scan and was under observation for 12 hours. Everything was normal.”

Björg Magnúsdóttir was relieved because the doctors found nothing, and life went on as usual. A few months later things went mad again. This time it was her sleeping pattern. Not only was it difficult to fall asleep, but also getting just one night of continuous sleep.

She had previously been on sick leave with stress. But this time there was nothing at work that made her feel stressed. Still, she convinced herself that it was probably stress, just to find an explanation.

Fainted in front of colleagues

One day in March, she went for a break to enjoy the spring sun in the yard at her work. The day had passed quietly with some meetings and emails. She was just going to send one more email and went inside to the office.

“Suddenly I could feel that I was losing strength in my arms and could not lift them. I felt dizziness. I approached a man and asked if he would be kind enough to keep an eye on me, because I thought I was going to pass out. He replied that I had better lie down and asked if he should call for someone. No, no, I answered because I thought it was probably the spring sun that had caused it. The next thing I know was that, I woke up at the Hospital in a brain scanner.”

The stay at the hospital did not last for long since the doctors decided to send her home the same day. All blood tests were found to have normal values. The doctors ruled out the possibility of blood clots, pressure on the brain etc.

Back at home, however, everything was not as it used to be. She experienced brain fog that made her forget things. She had difficulty doing even small tasks, like paying a bill as she could not put numbers together anymore.

“I thought I had early stages of dementia. My short-term memory wasn’t working. I had no control over my everyday life and mixed-up names. My husband felt bad for me. However, he was calmer, because he had also attended all the doctor’s appointments. He was like there is nothing wrong with you. Pull yourself together.”

Björg Magnúsdóttir was relieved and happy that the doctors had found nothing wrong with either her brain or heart. But as happy as she was, she was just as frustrated by her symptoms. She still couldn’t fall asleep. On top of that, it had gotten worse. When she finally fell asleep, she woke up with a bad tinnitus and shortness of breath.

She became more and more self-blaming. “Pull yourself together woman, you are absolutely fine”. The whole experience became uncomfortable to be in. When she contacted her doctor, he referred her to a psychiatrist.

“The doctor believed that my symptoms were rooted in something deeper and called them very stress like. I turned down the option to go to the psychiatrist because I know myself enough to be aware of that I wasn’t upset or stressed.”

She left the doctor with an unresolved case.

Not long after, she struck up a conversation with a woman from a health store. After telling about her anguish, she got both an unexpected reaction and answer.

“The lady laughed and said that I had gone through menopause. I was puzzled, because it wasn’t exactly the symptoms I associated with menopause. I had heard about hot flashes and irregular periods. And since I had my uterus removed in 2018, menstruation was not a benchmark for me. I didn’t have any hot flashes either.”

The lady told that from her experience some women in menopause could have a “crazy” hormonal imbalance. The explanation made good sense to Björg Magnúsdóttir, who bought some products and rushed to make an appointment with the doctor to be referred to a gynecologist.

Could have been fired

The gynecologist found that Björg Magnúsdóttir was in menopause – She was offered a hormone gel, which she had to apply to her skin once a day.

The difference was noticeable. She slept better but was still a shadow of herself. The supplements from the health store only worked for a short period. She then did some research on menopause and took a chance and ordered some products from abroad, which she found made a noticeable difference. She started sleeping better and her energy levels increased.

In retrospect she gets shaken by the thought of what the consequences of her experience with menopause could have led to, had she not been her own boss. She is positive that she would have been fired.

“I think it’s super scary to think about. By all accounts, I would have been on sick leave for half a year. What should I have told an employer about what I was on sick leave for? I had no diagnosis. The doctors found nothing. At the same time, I felt that I was met with silence from the doctors and that they lacked knowledge about menopause. I felt like a stupid person who couldn’t function. I couldn’t perform because I had no energy and couldn’t concentrate. I think no employer would be tolerant of that for such a long period.”

The turbulent experience will however have consequences for her business. During the six months she was supposed to have held 200 meetings, of which she only committed to 50. The lack of results will leave a mark on next years financial statement.  But it does not worry her.

Instead Björg Magnúsdóttir is angry. Her anger is directed at the adult women in her life being her mother and aunts. Neither of them told her about what the experience with menopause could contain.

“You only hear about irritable and moody women. None of that was true in my case. Rather I became quiet and more introvert.”

Björg Magnúsdóttir has now begun to speak openly about her symptoms, and has shared a post on Facebook, where plus 300 members in the group are close and distant family. She wants her nieces, cousins and men in the family to learn from her experience.

She is having the same approach at work, where 90 percent of her work-related contacts are men.

“I tell that that my working speed has decreased because I am in menopause. They need to know that I’m not mad but just drained of energy. I am very pleasantly surprised by the men’s reaction. I feel they genuinely listen, perhaps because it is not a cliché story of hot flashes and menstruation, which is taboo. But a story about an ambulance ride. Many men in business can relate to that as they too are affected by stress. heart palpitations and high blood pressure, My symptoms are in the same category, but are just hormonal. And we get some good talks out of that,” she adds.

Always contact your doctor if you experience heart palpitations, shortness of breath, and other symptoms mentioned in this article.